Your guide to global sneezing etiquette: Here we reveal the basic protocols for when you finally get to travel abroad

People understandably are on edge when someone sneezes. So it’s best to know the basic protocols when you finally get to travel abroad.

Saying ‘bless you’ has long been a common act of concern and courtesy. It comes from differing beliefs all designed to avert an impending illness.

Some think it comes from the deadly 6th century pandemic of the Plague of Justinian in the hope that people wouldn’t die after sneezing. 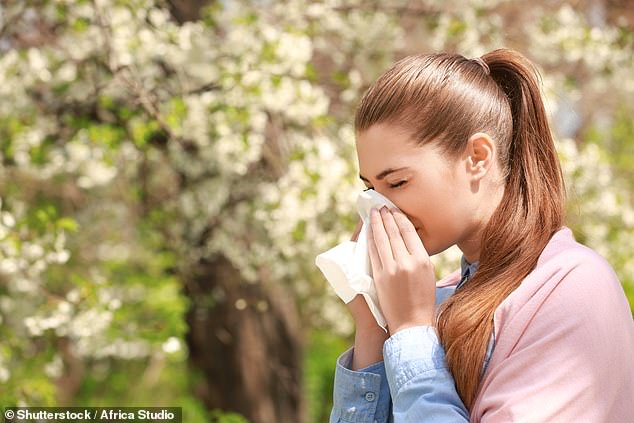 Others believe the soul deserted the body during a sneeze, leaving the devil to leap in and take possession and so saying ‘bless you’ served as a way of stopping him. A third belief was that the heart would stop when you sneezed and so saying ‘God bless you’ would stop you dying.

In some cultures, sneezing is regarded as a sign of good fortune. In Greece it goes right back to Homeric times when it was widely recognised as a divine omen.

Elsewhere in Europe, the French respond with ‘à vos souhaits’ (to your wishes), the Germans ‘gesundheit’, the Italians ‘salute’ and the Spanish ‘salud’ (all meaning health). But they’re a pale shadow of Mongolia where they say ‘burkhan orshoo butin chinee sakhal urga’ (God bless you and may your moustache grow like brushwood).

The Romans weren’t so optimistic and replied with ‘Jupiter preserve you’. They feared the soul escaping through the nose while sneezing, so called on their chief God for protection. In some parts of the world, the emphasis is on how many times you sneeze.

One sneeze in Japan signifies praise (ichi home); two sneezes, criticism (ni-kusashi); three sneezes, disparagement (san-kenashi) while four or more is taken to mean that a cold is on its way.

Some turn it into a conversation. In Brazil, they say ‘saúde’ (health) and the sneezer answers Amen.

In Arabic, they go a step further with the sneezer saying ‘alhamdullilah’ (praise be to God) first, to which you reply ‘yarhamuk Allah’ (may Allah have mercy on you).

Underlying all this protocol is superstition. For some cultures, sneezing between noon and midnight signifies good luck.

Some believe if you sneeze while getting dressed, you’ll have a bad day. Others think that if you turn your head to the right when you sneeze you’ll have good luck.

In Tonga it’s often a sign that a loved one’s missing you. In Poland a sneeze means either your mother-in-law is talking badly about you or if you aren’t married, that your relationship with your future mother-in-law will be poor.

As to the response to children sneezing: in Kenya, a parent will say ‘kua’ (grow), or ‘kukua juu, chini kuna moto’ (grow upwards, it is hot below).

Perhaps it’s best to just be direct if you sneeze, and respond in the Nigerian way with ‘ndo’ (sorry).